The wolf is the primeval wild dog, the largest wild canid, long a hunter alongside people, and ancestor of our most faithful domestic companion. Wolves vary widely in appearance. Their fur is thick and usually grey, but can vary from nearly pure white, red, or brown to black. Head-and-body length: 100-150 cm. Wolves lead a complex social life. 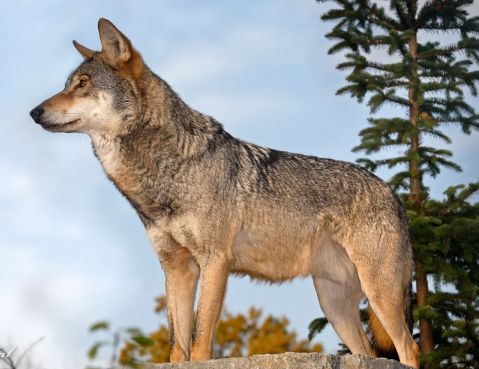 They form groups called "packs," which are typically composed of a dominant mated pair ("The Alpha Pair"), their offspring, and an assortment of other adults, often with some genetic relationship to the "first family."

In May or June the dominant female bears a litter of up to ten pups in a den in some secluded location. Life in summer centers around this den site, and later, a "rendez-vous" site.

The whole group assists in the upbringing, helping to feed the mother and young with prey from the hunt, acting as "nursemaids" when the mother herself goes hunting, and guarding the area from predators like grizzly bears. By fall the pups are able to roam freely and the group may become more nomadic. 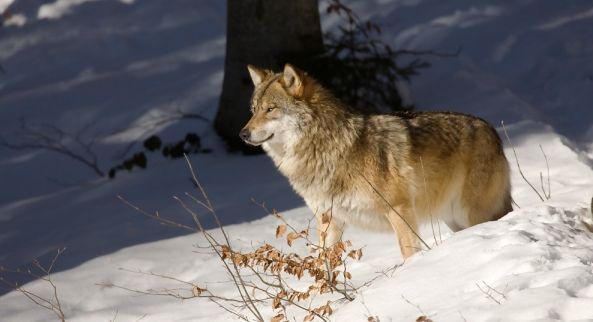 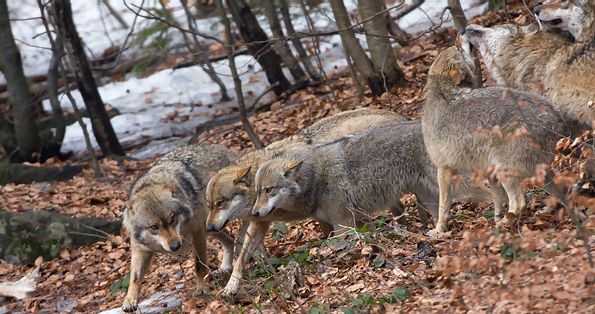